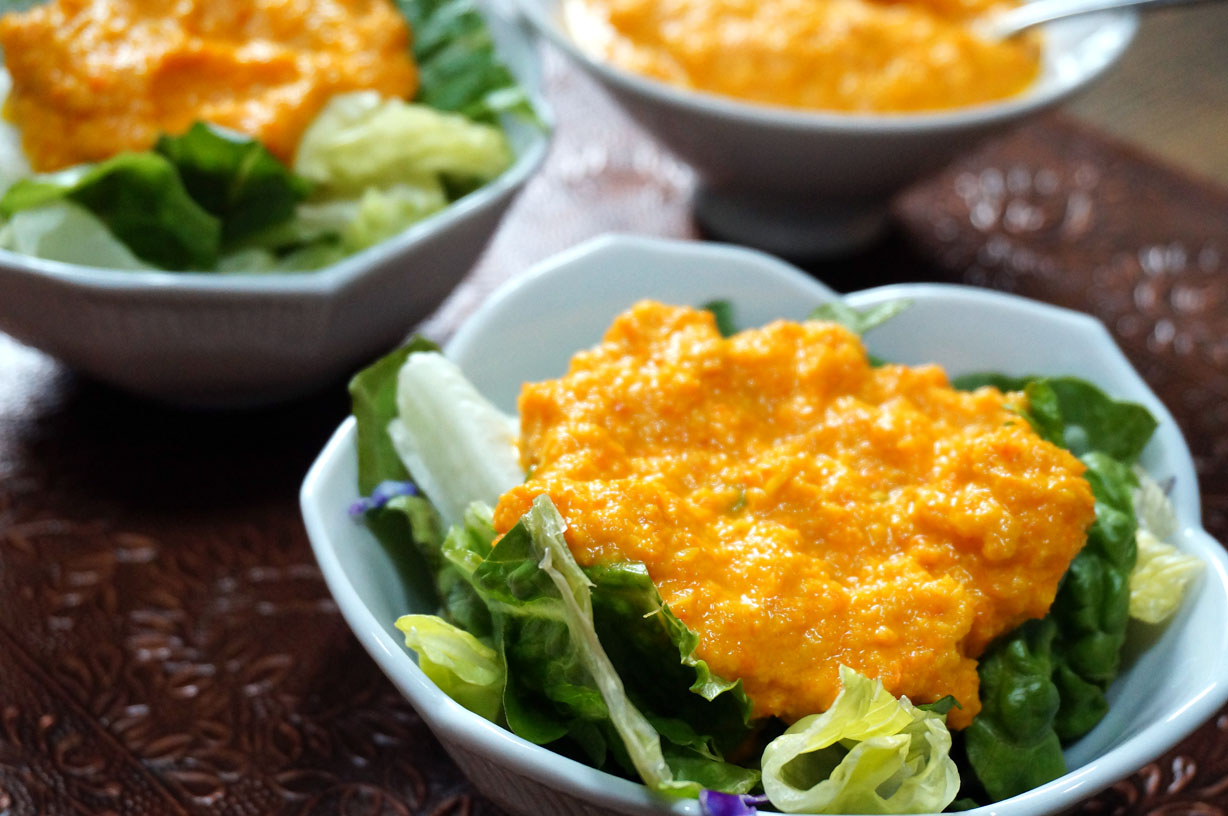 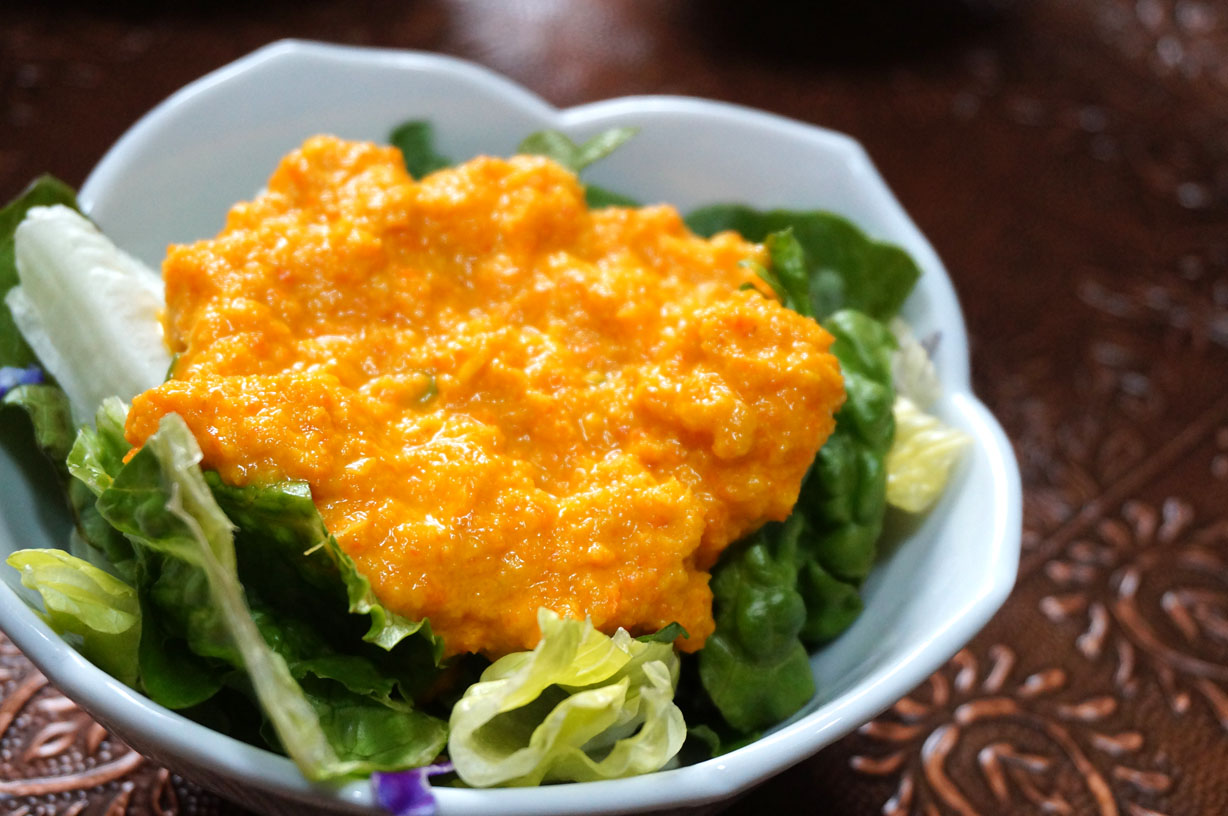 The long waited recipe is finally here, the classic Japanese steakhouse carrot ginger dressing! Easy to make and easy to customize, you’ll soon be on your way to enjoying the restaurant classic at home!

I’ll be honest, I’ve been meaning to post this recipe for a while, but I’ve been putting it off because sharing the perfect ginger dressing recipe is no easy feat. It seems like people expect a lot out of this recipe,and I don’t want to let you down! For all of you who’ve asked for it, I didn’t forget about you, I just really wanted to get it right, and after much trial and error, I think we’re finally there!

My struggle to perfection has been with the large variety of ginger dressings served, and since each Japanese restaurant has their own blend, it’s difficult to get the right mix of ingredients to suit everyone’s tastes. Some restaurants serve it thin, some thick, some with a hint of ginger, some with it seems like nothing but ginger, etc. etc. Where do I draw the line and say, “This is the one!?”

So, after many attempts, I’ve settled on this blend as the this is the dressing I love the best. And believe me, I’ve tried a lot. But since it seems a lot of people are fervent in their pursuit of this dressing, it’s effort well spent! So, if you’re looking for the perfect blend for you, start with my recipe below and adjust it from there. How can you adjust it? Here are some ideas:

– Cut your carrots, shallot and ginger into a few large chunks to make them easier to blend.

– Add all the ingredients into a blender or food processor and blend until smooth. If you desire a thinner dressing, add a few tablespoons of water while blending. Once smooth, let sit for 30 minutes to let the flavors blend for best flavor, though it can be enjoyed right away. 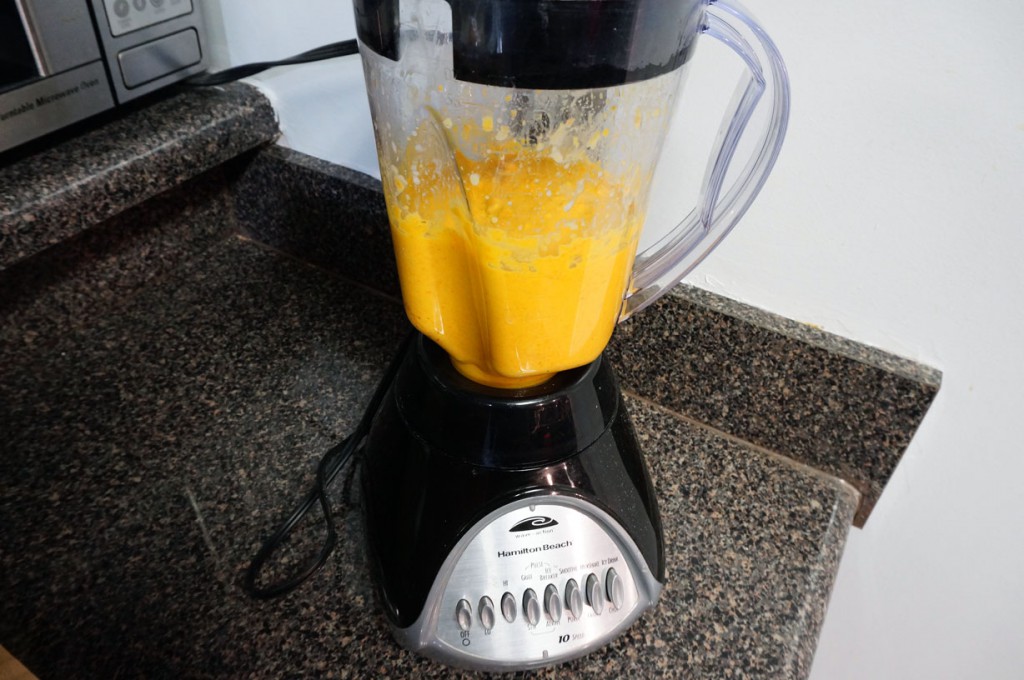